VoltaGrid deploys mobile microgrids to provide power in remote locations. The company is based in North America and is initially serving oil & gas companies that need electricity to power the hydraulic fracturing processes used to extract oil and gas. VoltaGrid also provides energy-generation services to data centers, industrial facilities and medical centers, and has the capability to add power to a city grid.

VoltaGrid’s microgrid solution consists of a natural gas fired reciprocating engine that sits on a 52-foot trailer weighing over 100,000 pounds. Ten trailers working together can generate an astonishing 26 megawatts of electricity at 13,500 volts.

Founded in 2020 with just 10 employees, VoltaGrid employees primarily work (remotely), except for site engineers, who work on-site where power is being supplied.

“Onica by Rackspace Technology understood our entire AWS ecosystem from a business standpoint. They helped us get off the ground and I'm very thankful for that.” 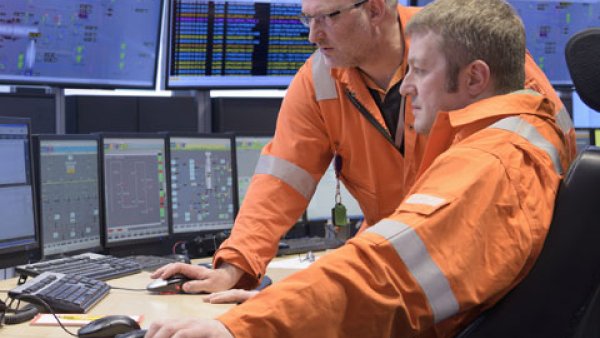 VoltaGrid is committed to transforming the world through its best-in-class, clean, affordable, intelligent energy technologies, thereby enabling its partners to focus on their core competencies while offering a practical avenue to improve environmental, social and governance (ESG) performance.

In order to keep its commitment, VoltaGrid needed a complete solution that incorporated machine learning, AI and IoT edge computing, along with a portal through which clients could access and track real-time operations and emissions data. VoltaGrid was looking for a partner who could design this cloud native solution, including the UI, from scratch.

Timelines for delivery of the solution were aggressive, as VoltaGrid is growing at a rapid pace. And as is the case with most startups, no precedents had been set, making this a greenfield project. 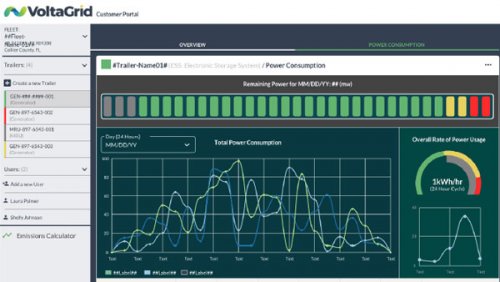 “I had to build the solution fast and by working with Rackspace Technology I was able to quickly and easily access the expertise I needed when I needed it.” 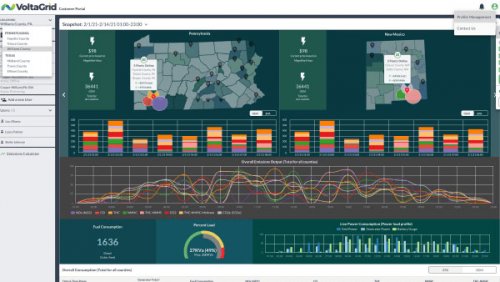 By working with Onica by Rackspace Technology® and using an agile workflow, VoltaGrid was able to deploy a secure, serverless cloud native solution in AWS for its software-controlled and managed mobile electric microgrids.

The scalable, seamless solution was built to collect data that quantifies power usage and emissions output from the trailers in real-time. As part of the solution, an edge device, HiveCell, was fitted to each mobile trailer which allowed software to be deployed at the edge. This IoT technology on the trailers captures data and sends it to the cloud.

In addition, this system was made redundant for added data protection. Data is continuously collected and buffered, so if there is a bad connection, the data isn’t lost.

The data is accessed in AI Ecosystem, a customer-facing portal, which was designed, built and deployed by Onica by Rackspace Technology. The portal determines how data is ingested, stored and refined.

This phase of the project, including fitting the trailers with IoT technology, building the entire cloud infrastructure and creating the application, was completed in less than a year. VoltaGrid was able to launch its service and enhance its product offering quicker than had been initially predicted.

During the project, Onica by Rackspace Technology introduced VoltaGrid to other technology partners to provide additional support.

The newly built VoltaGrid application is being used to sell mobile power services to customers. Using the AI Ecosystem portal, VoltaGrid can monitor, measure and report on each customers power consumption, fuel costs and emissions in real-time at remote locations.

The portal displays this data in detailed dashboards, providing engineers with the information they need to enhance operations and create cost savings quickly. VoltaGrid has used this same data to analyze its own operations from a power-generation perspective. The solution has resulted in the accelerated growth of the business.

After the successful completion of this phase, Onica by Rackspace Technology began providing VoltaGrid with desktop support and cloud native security services. Going forward, enhancements are planned for the portal, and there are plans to incorporate predictive maintenance capabilities into the trailers. Soon, VoltaGrid plans to apply its solution to diesel engines, with the portal providing access to this operational data.