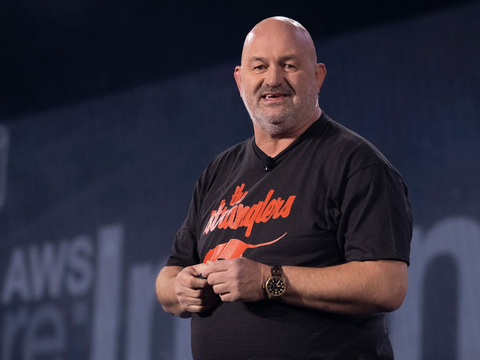 Dr. Werner Vogels kicked off his keynote address with an allegory on the asynchrony of real life: Nature demonstrates how items that are locally influenced behave as they are event-driven. Vogels used a flock of birds as his example. Each bird responds to outside stimuli to form a pattern of motion, which we see as a flock. This event-driven pattern, taken in the context of cloud design, has several noteworthy design points. Mainly, asynchronous designs tend to be better distributed, and loosely coupled, and this design philosophy is quite difficult to achieve. These points led nicely to the first three product announcements Vogels delivered.

Illustrating the point of better distribution of operations, Vogels announced AWS Step Functions Distributed Map. Step Functions are a clear and simple way to iterate objects through steps in an easy-to-use visual workflow. With the addition of Step Functions distributed mode for the Map state, you can run thousands of parallel workflows to be spawned based on object updates in S3.

Vogels said, "The world is event-driven." His theme on event-driven architecture as an asynchronous principle tends toward a loosely coupled design, as that is the driver behind the function of such an environment. Taking from the time-honored tools of Unix, AWS has announced the addition of Amazon EventBridge Pipes, enabling a simple and reliable way to create point-to-point integrations among many sources. With EventBridge Pipes, you can customize batching, starting position and concurrency, then run filtering on your data.

The process of building an environment that responds well to events can be daunting.

Vogels brought up several design patterns and shows how these can get very complex. With AWS Application Composer, AWS has created a visual-based canvas for architecting, configuring and building serverless application stacks. Existing Cloud Formation and SAM templates can be used and saved from Application Composer.

Building on the theme of event-driven architecture, Vogels said, "Event-driven architectures enable global scale." Diving into the background architecture behind Amazon DynamoDB, we see a complex web of services designed for the function of global availability. That complexity is well-documented in the Amazon Builders’ Library. To assist in managing that complexity in application stacks, AWS has announced Amazon CodeCatalyst.

CodeCatalyst is a unified software development service that accelerates the building and delivery of software on AWS. With Amazon CodeCatalyst, teams can now automate many of the traditionally complex software design activities and shift their focus to accelerating the enhancement and deployment of their applications to AWS. CodeCatalyst can also be used to browse a collection of project blueprints, which allow you to quickly initiate projects with the right combination of technologies, architecture, infrastructure and services.

Moving on, Vogels demonstrated how large data can become when trying to model reality. Simulations that incorporate real-life structures and patterns can become an incredibly useful tool in almost any situation. Highlighted at first by the Unreal demo, AWS announced AWS Ambit Scenario Designer.

AWS Ambit Scenario Designer can render near-real-time 3D models and environments for use in simulations, training, and virtual walkthroughs. Models can use Unreal Engine 4 as well as OpenStreetMap data to generate environments.

In conclusion, Vogels discussed the further need for simulations-based technology, not in just validating a deployment in QA, but in almost every aspect of a business's activities. From logistics to forestry growth patterns, the use of simulations can help identify better practices, improve safety and reduce waste with tools available from AWS.