Editor's note - this post was written by Tolga Tarhan and originally published on Forbes.

Tech has always been rife with buzzwords — trendy phrases thrown around with little regard for their actual meaning. But as companies scrambled to adapt their IT infrastructure to new demands, one term in particular seemed to be everywhere: cloud native.

A 2021 survey showed more confusion about the phrase cloud native. A plurality of respondents (41.7%) ranked writing applications that specifically leverage underlying cloud infrastructure as the most important aspect of cloud native. However, a majority picked the other two options: utilizing containers (34.5%) or moving to a cloud infrastructure provider (23.8%). Most respondents still prioritized where applications run over how.

The fact that even IT leaders don’t agree on the definition is no surprise. Being cloud native is more complex than any one trait or capability. It means possessing multiple interlocking traits and capabilities that come together to increase your efficiency and agility.

Simply adopting new technologies and processes piecemeal isn’t enough. The sum of cloud-native traits and capabilities is greater than its parts — which is why judging which companies truly deserve the title of “cloud native” can be tricky.

There are signs that your company may fit the bill, starting with the one sign that’s an umbrella for all the rest: Your company is likely cloud native if developers are able to focus on the application, not the infrastructure supporting it.

As I’ve written previously, the evolution of IT since the 1990s has tended toward abstracting applications from hardware; reducing the amount of infrastructure that companies have to manage themselves. If you care about every virtual machine (VM) in the flow chart, and you’re checking every day to see if they’re up or down, then you’re still stuck in the pre-cloud world.

Cloud-native infrastructure leverages automation and Agile methodology to streamline deployment. Instead of direct management of infrastructure via point-and-click solutions, you have infrastructure-as-code. You code the end state you want to see, and automated processes take care of the rest — a workflow that’s closer to software development than to traditional infrastructure management.

The result is that you barely have to consider the infrastructure at all. Instead, throughout the process, the focus remains on the application being deployed. This freedom from infrastructure is one of the biggest benefits of cloud — reducing costs and overhead, and freeing IT staff to take on more high-impact and creative work.

Next Steps To Your Cloud-Native Transition

If you’re still manually managing the nitty-gritty of your IT infrastructure every time you deploy — you have work to do before you can harness the full advantages of the cloud.

First, take a look at your software architecture. For example, VM-centric thinking inherently mires you in complicated upgrade plans, since you have to tweak your existing infrastructure each time you deploy, making it more likely something will break. By contrast, modern architectures like ephemeral environments, containers and serverless enable immutable infrastructure. When you need to update your code or change the environment, you spin up a net new instance with new infrastructure to match whatever was in your testing environment.

But being cloud native isn’t just about adopting new technology — it’s also a cultural and operational shift. Adopting DevOps best practices like de-siloing teams and automating processes is vital to transitioning to a cloud-native approach. As you make the transition, you may even need to hire infrastructure staff that work more like software engineers.

To ensure a smooth transition to cloud native, you should foster a culture of transparency and liberty in your organization. Transparency is vital for effective decision-making processes. Any bottlenecks, mistakes and low-points in the systems should be discussed freely, which will help build a healthy working organization. Technical teams should understand the requirements stated by customers and stakeholders and be able to come up with solutions with complete freedom.

The ability to focus on your application instead of your infrastructure is just one sign that your company is cloud native — but it’s an important one. It’s an indicator that you’ve abstracted software from hardware and are taking advantage of the efficiency and agility gains the cloud has to offer. As discussed above, many people and process changes underpin that shift as well.

But the ability to focus on applications isn’t sufficient on its own to prove your company is cloud native. To do that, you must zoom in to examine how your engineers test and deploy their software.

It's The End Of Infrastructure-As-A-Service As We Know It: Here's What's Next 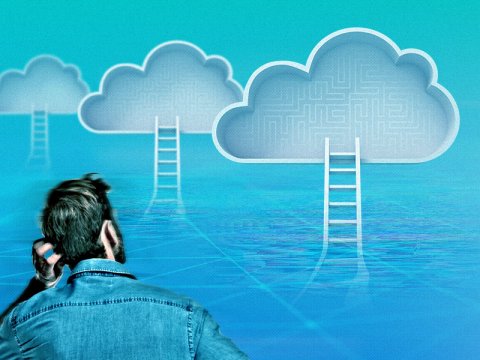 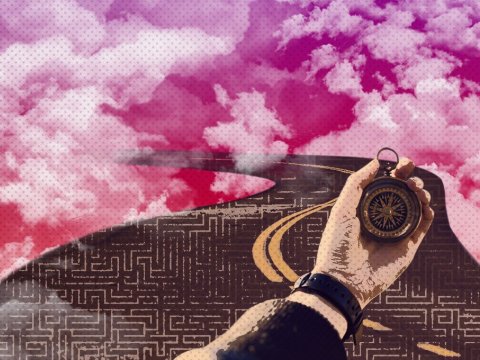 article
DevOps in a Cloud Native World
Read the article
×
You are using an outdated browser and are receiving a degraded experience. Please switch to the latest version of Microsoft Edge, Mozilla Firefox, Safari or Google Chrome. [Dismiss]