Based in Tucson, AZ, Delta Thermal provides utility and mining customers with a hardware and software solution that continuously monitors equipment temperature to prevent failures and downtime.

In addition to energy providers, Delta Thermal’s automated monitoring solution is utilized in mining operations around the world, including copper and precious metals mines.

In each of these environments, Delta Thermal protects live and physical assets by giving its customers access to real-time thermal data and analytics — information that can prevent catastrophic failures and allow customers to identify and remediate faults before they’ve caused significant damage or loss of life.

“The cost savings are important, but the big payoff is competitive advantage. The fact that I don’t have servers anywhere means my customers will never pay for more resources than they use.” 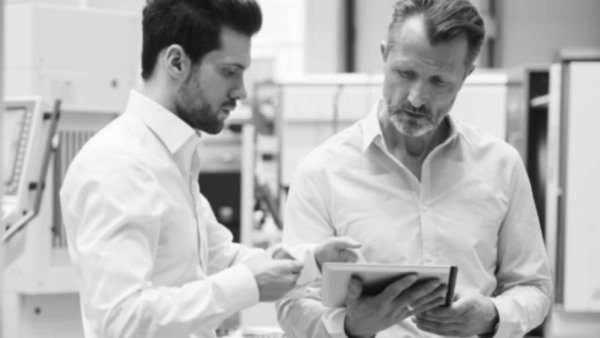 When Delta Thermal CEO and co-founder Andy Griffis started the company in 2017, he followed a traditional server-oriented IT model. But as his company quickly grew, Griffis realized that he needed the ability to scale.

There were two primary drivers for this need to scale. First, Delta Thermal’s employee roster grew to include U.S. employees in both Arizona and California. And employee growth continued beyond U.S. borders to include teams in the EU and the Americas.

The second driver was data-related. Griffis’s goal is to enable safe operations of the power grid near the red line — that area approaching the limits of equipment capability, in which many providers often need to operate.

The key to ensuring safety near the red line is to enable real-time data collection, monitoring, analysis and alerting. As demand for its services increased, the amount of data Delta Thermal needed to manage would grow significantly, and centralized access to compute resources that could scale up and down as necessary would be crucial to its success.

After careful consideration, Griffis chose Amazon Web Services (AWS) for its market position, the cost-savings it could bring and its ability to scale to support his company’s growth. “The cost savings are important, but the big payoff is competitive advantage,” said Griffis. “The fact that I don’t have servers anywhere means my customers will never pay for more resources than they use.” 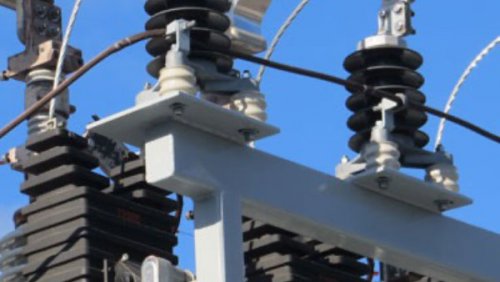 “We chose Onica by Rackspace Technology because of its unbounded capacity to scale, the fact that it lets us make the maximum use of human capital, wherever it's available and its significant return on capital.” 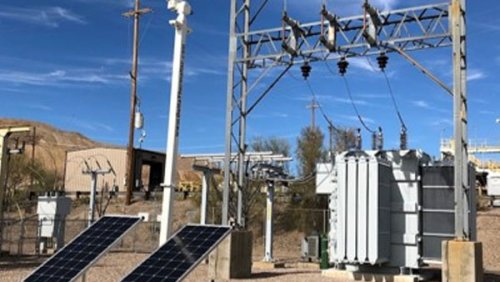 Delta Thermal provides a thermal monitoring and preventative maintenance solution that enables customers to perform instant, automated data analysis of thermographic data stored in cloud or on-premises storage. To enable this, its solution relies on thermal imaging technology supported by on ancillary sensors that characterize the ambient environment.

For the next stage of solution development, Delta Thermal wanted to see what it could do with an AWS partner. At AWS’s suggestion, Griffis reached out to Onica by Rackspace Technology to provide prototypes of two sensing solutions. The project needed to be completed on a short, four-week timeline, and required the creation of two algorithms — one for sensors that detect temperature anomalies, and one for sensors used to forecast and predict failures.

Working on a limited budget, Onica by Rackspace Technology collaborated with Delta Thermal to devise a solution where measurements were stored on AWS DynamoDB. Using Python script on Amazon SageMaker, data was then analyzed and transformed to use for both anomaly detection and time series forecasting.

In addition, Jupyter Notebooks was utilized for data analytics, and AWS Lambda script enabled Delta Thermal to automate the running of notebooks for any customer requesting them.

In just four weeks, Onica by Rackspace Technology delivered a solution that immediately enabled Delta Thermal customers to predict and prevent costly outages, save millions of dollars and, in one case, generate 20x ROI.

One customer was able to detect a problem and send out a maintenance crew within 40 minutes of installing Delta Thermal’s ThermalSafe software. In another instance, a Delta Thermal client was able to find an anomaly and fix it approximately six months before it would have caused a catastrophic failure, saving several hundred thousand dollars in potential repair costs.

“It was very simple to work with Onica,” Griffis said. “These guys have lots of processes, procedures and practices that enable us to move through project phases in an orderly, efficient fashion. We can say ‘go’ and be pretty hands-off.”

Delta Thermal has also seen an increase in demand for its services. “We’re engaged in several pilots right now,” Griffis said, “and we’re starting to see bigger bids with major companies. The AWS cloud has improved the way we work and fully accommodated our ambitions.”