To win as a team — and as a company — you must use every advantage. One advantage you might overlook is the inclusion of people on your team that don’t necessarily look, sound or think like you.

Juan Eduardo Riojas is Chief Data Officer at Rackspace, with a charter to “elevate and promote data as our strategic asset.” On joining in September 2019, he began work on a two-year plan, but his team came together in just 60 days — and after only nine months has been responsible for what Riojas calls “one of the biggest internal stories the company has ever seen.” He now enthuses that Rackspace has a “data-driven culture,” and his team’s efforts have helped generate tangible benefits, including massive leaps in on-time delivery.

Riojas attributes much of the team’s success to its level of diversity and inclusion, which extends to race, age, industry background and experience. When pulling the team together, recruits were asked where they wanted to be, based on their strengths and interests. “Everybody had a stake — everybody was invested,” he says.

Lara Indrikovs, Director of Global Data Product Management, adds: “What’s also interesting about a lot of us is we didn’t start off in data.” Indrikovs has a background in advertising. Riojas started out in logistics, loading boxes on to trailers. Eduardo Coccaro, director of the data science group, began work in the supply chain — not even in technology. The three also have varied cultural backgrounds: Riojas for years worked on the U.S./Mexico border; Indrikovs was born in the Dominican Republic; Coccaro is originally from Venezuela. All this makes for a wealth of experience that further sets the team apart.

The three join Rackspace CTO Jeff DeVerter for the latest Cloud Talk podcast, to dig deep into the benefits of diversity, how organizations can best approach diversity, and what we really mean by diversity in the first place. In just 30 minutes, the panel tackles why:

According to Riojas, although heavily diverse teams aren’t always the norm, they are a logical trajectory for modern business. “Global companies deal with geographical diversity,” Riojas says. “Being purposeful about diversity and inclusion creates cognitive diversity — the thought leadership around how you look at things. You can take these experiences, all blended together, and have a more objective view of the world, rather than viewing everything through a single lens. The benefits of doing so are exponential in the long run.”

But Indrikovs says this requires companies to make it happen. She believes we must “take off our blinders,” noting it’s all too easy to default to specific skills, degrees and expectations about hires and team members. “We must throw preconceived notions out of the window and really look at an individual holistically,” Indrikovs says. “And remember that diversity has to be intentional — you have to make it an intentional goal.”

What to do now? – Our cloud strategy series continues; these are a series of online panel events that cover everything that you need to know from multicloud to cloud-native innovation. The event is on August 19th and focuses on managing technology budgets with shifting priorities, hosted by Jeff DeVerter. Watch the event here!

The Road to Trusted Data 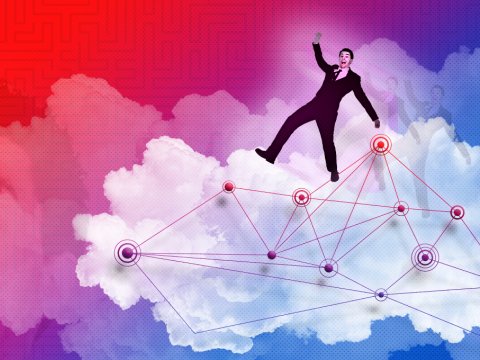 Why It’s Time for Your Company to Take Data Seriously — And How to Get Started
Learn More
×
You are using an outdated browser and are receiving a degraded experience. Please switch to the latest version of Microsoft Edge, Mozilla Firefox, Safari or Google Chrome. [Dismiss]