The Internet of Things – a quick recap

You no longer need to be a gadget aficionado or even an “early adopter” to be a regular user of Internet of Things (IoT) devices, or even understand what the IoT is.  The number of “smart” devices that we use every day continues to steadily increase. Internet doorbells, connected cars, smart speaker devices, security systems and fitness trackers are a few examples of IoT devices that are now considered mainstream and used regularly in our everyday lives.

But IoT isn’t just a consumer product, it’s an even bigger trend for industrial and commercial uses. Inventory tracking, logistics management, production line sensors, physical security and sentiment analysis are a few examples of how the IoT revolution is streamlining processes and driving change across sectors.

The IoT revolution has made two important changes to our lives and the connected landscape:

1. The promised functionality and perceived benefits.

Assuming that you haven’t just dropped $400 on an internet-connected juicing device or an IoT toothbrush, the chances are that your IoT devices are performing some semblance of a useful function in your life, coupled with a perceived benefit. Having your fitness device ‘gamify’ your activity and encouraging you to stand-up or go for a walk is broadly considered to be a good thing that is changing lives for the better. Being able to tell your smart speaker, “Goodnight” and have it turn off every internal light and enable motion detection on external cameras brings, for many, peace of mind as well as perceived convenience. Similar benefits are also being realized in the enterprise space, albeit on a different scale.

2. The generation of data. A lot of data.

In addition to selling you an interesting new device that performs a seemingly useful task, the IoT vendors are also generating and capturing huge amounts of data about our interactions with these devices. Cisco predicts that IoT devices will generate over 800 zettabytes per year by the end of 2021 and that will grow exponentially in the years beyond. A single zettabyte is equal to approximately one trillion gigabytes.

When processed correctly, the massive quantities of data can provide actionable insights into our collective and common behavior in certain situations. This type of insight is unbelievably valuable to companies looking to enhance product development and marketing strategies. By harvesting data and sifting out useful information, companies can form accurate projections of what humans will do when faced with certain situations.

Introducing the Internet of Behavior (IoB)

“I believe that in a near future there will be an explosion of apps and services that rely on getting relevant guidance and information directly from individuals and communities in order to provide best possible responses, data access, communication, information, interaction, entertainment, services and function.”

It's crucially important to remember that Nyman put forward these concepts well before the IoT revolution really took hold and created the plethora of data collection engines that observe us today.

The concept of the IoB focuses on human activity through a behavioral psychology lens. The use of big data to understand how we will behave in certain situations is incredibly useful to large organizations (including enterprises and governments) across the globe.

In their “Top Strategic Predictions for 2020 and Beyond”, Gartner mentions IoB and talks about a concept of “hyperpersonalization” which will be enabled by the continued harvesting of data to detect consumer emotions and the use of this knowledge to ultimately increase sales. They go on to predict that, “By 2023, individual activities will be tracked digitally by an Internet of Behavior to influence benefit and service eligibility for 40% of people worldwide.”

The different stages of IoB

The concept of IoB can be thought of in two high-level stages:

The continued use of big data from multiple sources (including, but by no means limited to IoT) to measure and understand individuals’ collective behavior in certain situations.

The insights gathered can be further used and “honed” as a means to drive our behavior in certain situations. The most common application of this will be in a commercial (perhaps most commonly, retail) setting, but there are other global examples where this level of hyperconnectivity through multiple data points is used by governments. The example which elicits the most trepidation is usually China’s multiple “Social Credit” systems which have been well reported and opined by some that this is where we’re all heading.

While this level of insight into individuals’ behavior is seen by many as a positive agent for change (especially within the spheres of marketing,commerce and social media), there are naturally huge concerns about how such data is harvested and used. Issues surrounding privacy, ethics and trust nearly always emerge in any discussion about data harvesting and insight generation.

Why should we trust huge retailers, social media companies and other organizations with all this data about us? We’ve seen data be used nefariously to manipulate attitudes and beliefs on a large scale to drive political agendas by companies like Cambridge Analytica. Also, large-scale cyberattacks and data breaches are pretty common occurrences, so there’s a risk of this data getting into the wrong hands. Is it simply just a wholesale invasion of our privacy on a personal level? And are we sleepwalking into a global implementation of a “Social Credit” system, like those purported to be in widespread use across China? Maybe Orwell’s “1984” was something of a prophecy after all….

However, there is a computational process known as homomorphic encryption, which provides the ability to perform calculations on encrypted data without first decrypting it.

This important technology gives organizations the ability to safely outsource data to third parties who specialize in big data analysis and processing, while leaving it in an encrypted state. This could result in cost savings as companies would no longer need to develop big-data expertise in-house to protect customer information.

It also provides assurances to customers and partners that collected data is encrypted and therefore anonymized, leading to increased trust and brand loyalty.

Whether it’s 100% anonymized or not, the debate will continue surrounding the ethics and use of large-scale behavioral data being generated from real-world data points and offering real insights into what people will do in certain situations.

The biggest barrier to widescale adoption of homomorphic encryption is that it is still very slow — so slow it’s not yet practical to use for many applications. However, some companies and researchers are working to speed up the process by decreasing the computational overhead that’s required for homomorphic encryption.

Organizations need to make it clearer when their customers’ data is anonymized and encrypted. This type of clarification should be front-and-center and not buried within paragraphs and paragraphs of “Terms and Conditions.” If this became a norm, then maybe such declarations would become conspicuous by their absence, and a data privacy savvy public would likely avoid those companies and their respective services? That’s possibly a bit of a stretch, but does provoke thought: Who can we trust with our personal information and who should we avoid?

Oh, and by the way, are you really sure where that absolute bargain of an IoT device (which took 6 weeks to arrive but is now proudly sitting on your only home Wi-Fi network) is sending data via your internet connection? Call me paranoid, but sometimes these things can really get up to no good.  Anyway enough of all this: “Alexa, what time is my next meeting”?

Are Employees Tired of the Workplace? 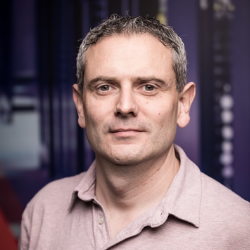 With nearly 20 years of managed-services experience, Ed Randall has thrived across a variety of IT sectors, from financial services and retail ecommerce to defense and education. With a background in Linux, Ed specializes in operating systems, virtualization, networking and hyperscale cloud platforms. He has also developed a passion for strategy development that facilitates cost optimization, end-to-end supportability and the implementation of the proper technological solutions to drive business outcomes and meet organizational goals As a Consulting Cloud Architect on the Rackspace Technology Professional Services Team, Ed brings his considerable experience to bear in the financial services space to help drive internal adoption of Google Cloud Platform. Outside of work, Ed enjoys reading, mountain biking, working on technology projects and spending time with his two young daughters. 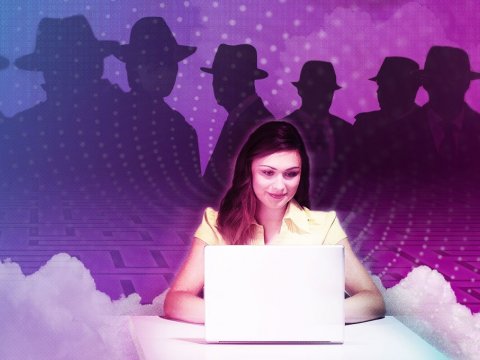 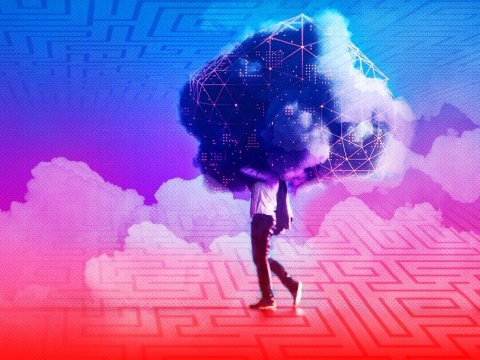