So far in this series on building a modern leadership style, we’ve discussed leadership at a high level, defining the purpose of leadership and the importance of trust. Now that we laid the groundwork, it’s time to get tactical. Here are four concrete steps we can take toward building a successful team, with trust as our foundation.

Predominantly used in social media marketing to describe the measure of how much visibility a brand has versus its competitors in a designated market, this term has also been adopted to describe the balance of contributions from individuals during group interactions.

How people talk to each other is an important part of team dynamics. As leaders, we are the model for the team’s behavior, and we benefit from being deliberately aware of how much everyone is contributing during team sessions. If someone is speaking disproportionately more or less than other team members, then there is an imbalance. When the over-dominant voices are tempered and the quiet ones are lifted, the result is a more collaborative, more effective and happier team.

If a team member tends to dominate discussions or always speaks first, we should consider who is not speaking up as a result. By restructuring group discussions so that the least vocal individuals are invited to speak first, we create open dialogue that allows more ideas to flow.

When people work in an environment where everyone’s input is valued, they are rewarded for their contributions and, in turn, become more confident in speaking up on future issues.

We should also look for both patterns and anti-patterns, and consider potential explanations. For example, if a colleague is quieter than usual during a meeting (a break in their pattern), why might that be?

Importantly, when holding a leadership role, we should also be aware that our own voice carries the additional weight of that position and it may be wise to hold our own input to ensure we are not the one creating the imbalance.

Blockbuster Video was famously eclipsed by Netflix and the streaming revolution due to over-reliance on their Board’s retail-heavy industry experience. Had there been a better balance of chain and command and their leadership had paid attention to the internal sentiment that digital downloads and streaming were the future, the company might still be around today. Instead of investing in the company’s digital footprint, the Board and Chief Executive decided to double-down on retail initiatives, and the rest is history.

Dave Snowden often discusses the impact of inattentional blindness — the natural inclination to not see what’s right in front of our eyes. The poignant example he uses is of a collection of radiologists who were told to look at a bunch of x-rays, one of which had a picture of a gorilla in it, very clearly visible. However, 83% of the radiologists did not see the image. What’s worse is that the 17% who did see it were subsequently convinced they did not by the other 83%. Various, similar experiments have supported the existence of inattentional blindness, with some also noting that higher cognitive loads (e.g., stress) have the effect of further reducing participants’ abilities to see what might be outside of their immediate field of reference - we see only what we want to see.

This blindness is not something you can train out of people. We can’t just tell them to “look at things better.” Likewise, steep power gradients between leaders and subordinates will always restrict the free flow of information as people don’t feel comfortable questioning “authority.” We have to openly and deliberately remove that power gradient and invite contrary opinions. We have to actively find that 17% of people who think differently and ask difficult questions and then (and this is the really hard part) we have to actually hear them.

Many leaders will often feel that they must be the voice of expertise in their team and feel the urge to speak up first, proudly putting their ideas forward and watching as the rest of the team agrees with them. This is a common cognitive bias known as the “bandwagon effect” that is harmful to the team’s ability to think critically. A team is stronger when it has diversity of thought and approaches. When a single, strong voice is dominant, over time it can reverse that diversity, preventing innovative ideas from germinating. This is a dynamic that we need to watch for in our teams, because it is another silent killer of dissenting voices.

To neutralize the bandwagon effect, we should take steps to ritualize dissent in discussions with our teams. That means using language that invites employees to disagree with us, rather than assuming they’re on the same page. For example, when we’re getting ready to launch a new project, rather than asking team members if they’re good to go, we can probe to find out what they think is still missing and if there are any reasons we shouldn’t launch. Even if only one person disagrees, we can give them the space to speak up, in the group or in private. When we have properly laid the groundwork of trust, employees should feel comfortable sharing dissent — and staving off potential disaster.

Here are some ideas for some statements and questions that might encourage the bandwagon effect and what we could use instead, in order to avoid it.

These all gently tilt the conversation in favor of a successful outcome, unintentionally resulting in a slightly uphill effort for anyone who disagrees.

These all actively invite an open discussion with no bias for anything other than honesty.

3. Create a team charter to define your purpose

As a leader, we need to clearly communicate the purpose of your organization. This ensures that our teams are aligned and allows them to decide if they want to be invested in the mission. If they are, then it simply becomes a question of how we get there.

To accomplish this, it’s worth bringing all team members together to create a charter that defines how the team works and why. I like to follow this three-part framework:

Every team member should contribute to and sign off on the charter. This is important because, if the team has built it for themselves, it “belongs” to them. They will inherently be significantly more invested in it than if the organization were imposing their version of it upon them (no matter how nicely it is done). At the same time, we will likely also need to control for the bandwagon effect and share of voice issues mentioned earlier.

Once we have a clear purpose and the members of our teams understand and agree to it, we can afford to give them some freedom to define how to achieve the goals. Generally speaking, people want to do good work and be valuable to their colleagues. So, there’s a natural motivation that exists inherently. We can tap into this by helping to provide a framework and allowing the freedom to flourish within it.

Going forward, by cultivating a constructive, honest and open environment within the teams, people will feel more invested in respectfully holding themselves and each other (including the leader) accountable for the team’s success.

With the team’s charter in place, we can encourage team members to take ownership of work streams and define their own path in helping move the team in the right direction. In particular, providing the team the space to conduct small, safe-to-fail experiments can have a significantly positive impact on their sense of autonomy. If they want to try something new, we should look for ways to enable them.

Once these processes are up and running, we can step back, observe and learn from the team. If the conditions are well cultivated, they will come up with ideas we never expected. We can look for ways to accept these ideas into our operations as opposed to looking for reasons they don’t fit. Without this, people are likely to simply stop coming to us with their ideas and we will lose those opportunities for innovation and agility.

When it’s done well, safe innovation and experimentation can have an impact far beyond the immediate team environment. It could even redirect an entire company. That’s what happened at Intel in the 1960s, when leadership built a culture that encouraged experimentation and allowed teams to run with new ideas.

Intel had been a computer memory producer, but competition from foreign manufacturers was diluting the market with lower cost products. Intel’s culture enabled middle management to make decisions to pivot production from memory to CPUs without needing executive approval. They essentially changed the company’s mandate and trajectory from the inside out. The effort culminated in the launch of the Intel 4004 — the first commercially available microprocessor — and cemented Intel’s domination of the nascent microprocessor market.

Leadership and team dynamics are part of a diverse and complex set of fields that are wide and deep. Modern and evolving practices lean on psychology, anthropology, data science, complexity theory and a host of other areas. There are some important, modern thinkers whose influence has played a significant part both both in my thinking and my thinking and the content of these posts. If any of that content has interested you in going further down the rabbit hole, I would recommend you start your research with these resources and see where it takes you:

Dave Snowden, David Marquet, Patrick Lencioni and Simon Sinek. For a deeper dive, visit, or take a course with Cognitive-edge.com, read up on the Cynefin Framework, The Flow System, The Infinite Game, browse re:Work with Google and Complexity Explorer. There are myriad resources out there for you to learn from and begin to refine your own thinking about modern leadership. I wish you the best on that journey and hopefully I’ll see you on the road. 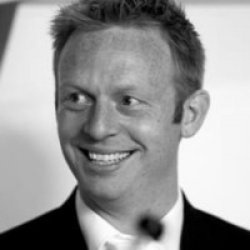 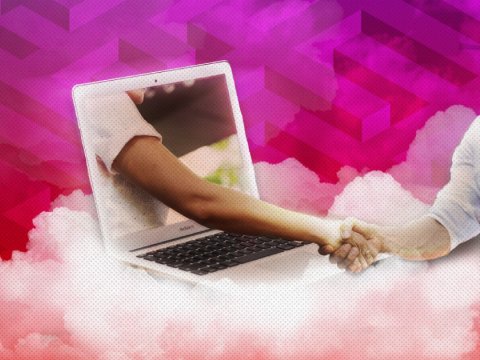 article
Trust is the Foundation of Every Successful Team. Here's How to Start Building It.
Read the article 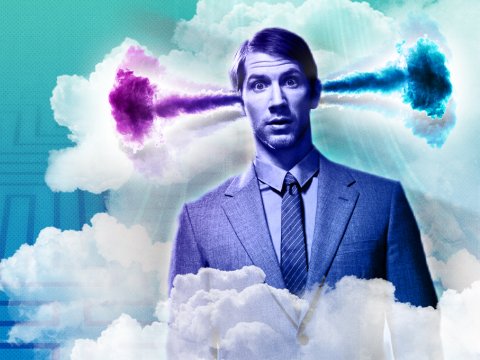 article
Time to Call Developer Burnout What It Is: A Failure of Leadership
Read the article
×
You are using an outdated browser and are receiving a degraded experience. Please switch to the latest version of Microsoft Edge, Mozilla Firefox, Safari or Google Chrome. [Dismiss]