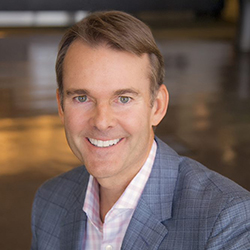 Rackspace Technology® is an industry leader in multicloud solutions across applications, data, security and infrastructure on the world’s leading cloud platforms. With nearly seven thousand employees worldwide, the company serves customers in more than 120 countries and generates $2.5 billion in annual revenue.

Chief Executive Officer Kevin is an accomplished business leader with 30 years of technology services experience and has a proven track record in leading business transformations.

Before joining Rackspace Technology in April 2019, Kevin was the CEO of MV Transportation, the largest privately owned transportation contracting firm in the US. MV generates $1.5 billion in annual revenue and has more than 20,000 employees.

In 2021 Kevin was appointed as a director on the board of global nutrition company Herbalife.