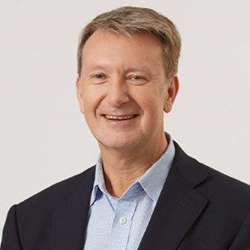 Neil Emerson is the Chief Commercial Officer at Rackspace Technology® and is responsible for our partner network, sales leadership and enablement of long-lasting, stronger customer relationships.

Before joining Diebold Nixdorf, Neil was Chief Executive Officer at TMF Group for APJ and Africa. Prior to that position, he worked at Hewlett-Packard (HP) running the Asia Services Business. Prior to HP, he was CEO of Electronic Data Systems (EDS) in Australia and New Zealand. During his time at HP, EDS and Diebold Nixdorf, Neil sold and delivered services worth billions of dollars in total contract value.

Neil believes that the key to success is being the best-trusted partner for customers. To achieve this objective at Rackspace Technology, he is committed to further enhancing the company’s high-performance culture.