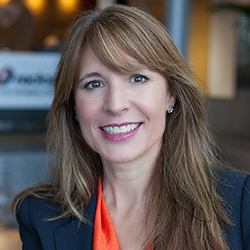 Prior to Rackspace, Windham held senior positions at a variety of organizations including Axiom Global, where she advised Google on its cloud offerings, and at Hewlett-Packard, where she was a deputy general counsel in its eight-hundred person legal organization.

Holly joined Rackspace in 2017 as General Counsel and also became Chief People Officer in 2019.  She began her career at Gibson Dunn & Crutcher, LLC, representing clients in Texas, California, New York and Hawaii.  She has been recognized as one of the 50 Most Powerful Women in the Data Economy by Data Economy Magazine and as a Top Woman Lawyer in 2014 by Law Week Colorado.  Windham’s leadership philosophy is to elevate those around her by helping them to recognize their potential and to create their own career paths.  She believes opportunities are gifts that are meant to be both maximized and reciprocated.

She has combined her passion for business and technology with her belief in creating opportunities for others by serving on the advisory board for the Colorado State University Institute for Entrepreneurship where she mentored college entrepreneurs in advancing their ideas and launching start-ups.  Holly currently serves on the Executive Board for the Internet Association, the leading trade association representing global internet companies on matters of public policy.