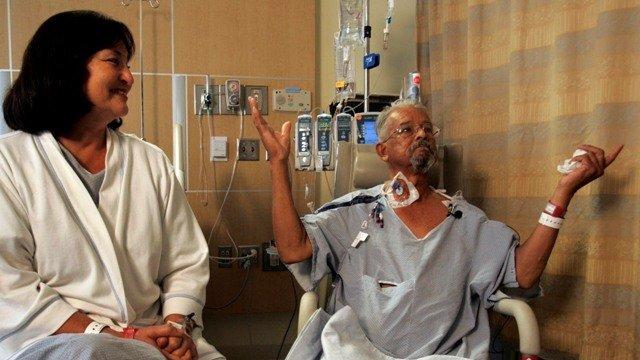 Keeping the country’s largest kidney exchange up and running doesn’t seem like it would have much to do with managing a software company, but that’s not how Joe Sinacore sees it.

For the last five years, he’s served as director of education and development for the National Kidney Registry, a Babylon, N.Y.-based non-profit that matches kidney donors with those in need of a transplant, all while overseeing the many steps that take place in between.

Their highest priority is making sure those transplants are successful — and it takes a lot of unseen IT work to pull it off.

“What we do is based on all the software and systems we’ve built over the years and are continuing to build day in and day out,” Sinacore says. “So I very much see us as a software company, as well as a paired kidney exchange.”

Since its founding in 2007, NKR has completed more than 1,850 paired kidney exchanges, and is now facilitating nearly 400 annually.

Once you dig into the logistics that make those numbers possible, it’s easy to understand Sinacore’s point of view. If it didn’t run like a software company, NKR simply wouldn’t be able to keep up with the countless variables that exist when dealing with organ transplants.

NKR assists with two types of kidney exchange. The most common are those from “non-directed” or good Samaritan donors, who want to donate a kidney to a stranger.

The second type are called “even exchanges,” between two or more pairs, with a pair being a donor and a recipient who are in most cases incompatible with one another.

“If you exchange two pairs together, that’s a closed loop exchange and it’s complete,” Sinacore says.

“But those can be fragile,” he adds, “because if anybody gets sick or can’t go to surgery on the day of the transplant, you have to cancel the whole swap, put the paired donors and recipients back in the pool and try to find another match.”

Getting sick is just one of the variables that can derail a scheduled transplant. Weather, conflicting schedules and a slew of other details can hamper even the most well-laid plans.

All of the processes that go into facilitating these swaps are mission critical. To keep them in check, NKR has spent the past eight years building an elaborate set of software systems that allows it to keep track of donors, patients, hospitals, doctors and all the other details that have to fall in place for a successful transplant.

NKR has four full-time programmers on staff, and Sinacore estimates they’ve put more than 30,000 hours of development into the systems and workflows they’ve built to keep the exchange up and running.

While they began with in-house servers for their database and email needs, NKR migrated both of those systems to Rackspace in recent years, as the need arose.

“We had no power or communications in or out of our facility for a week,” Sinacore recalls. “But because we had migrated to Rackspace before this took place, we remained up and running that whole time. We would have been out of business for a week had we not made the move, and we didn’t miss a beat.”

But in NKR’s line of work, keeping mission-critical systems up and running is only part of the equation. In any situation where personal medical information is being gathered, security and compliance with the Health Insurance Portability and Accountability Act become extremely important pieces of the puzzle as well.

While the registry makes a point of limiting the amount of HIPPA data it gathers and stores from patients, protecting what it does store is of the utmost importance. For this reason, NKR relies on Rackspace Managed Security solutions.

Having Rackspace manage both the security and compliance aspects of its operation allows NKR to focus in-house efforts on other areas and gives Sinacore and his staff peace of mind that patient data is safe, secure and well-managed.

It’s also allowing them to grow. Large hospitals and transplant centers have stringent HIPPA protocols in place, and by offloading those requirements to Rackspace, NKR can meet whatever demands come its way.

For example, this has allowed NKR to partner with several additional medical centers, each of which required NKR to meet their security and compliance standards in order to work together on paired exchanges. Sinacore sees this ability to partner playing a large role in NKR’s future.

“By working with some of these top hospitals and transplant centers, we can grow the number of transplants we do exponentially, which is one of our largest goals.” he says.

NKR hopes to grow the 300 transplants it currently does annually to more than 400 next year. In the coming years, Sinacore wants that number to reach 1,000.

“But we couldn’t have gotten here without Rackspace,” he says. “And I don’t think we can get there without them either. Rackspace has helped us keep this operation going, and I expect them to play a major role as we continue to grow.”

Whether it's managing workloads across multiple clouds, assisting with ecommerce, email or security, visit Rackspace to find out more about ways we can help your business grow and succeed.