Members of Troop 360 and 367 look on with a bit of trepidation as Johnny Carrera demonstrates a Tesla coil.[/caption] 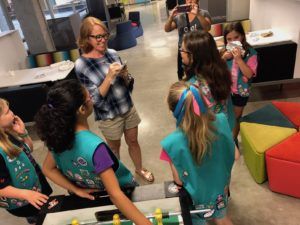 The girls tell an interviewer what they like so far about earning the cybersecurity basics badge.[/caption] 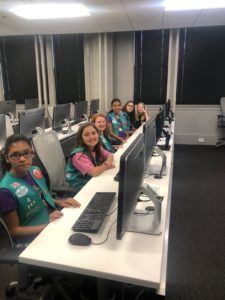 Ready to compete against each other in the next interactive quiz.[/caption] 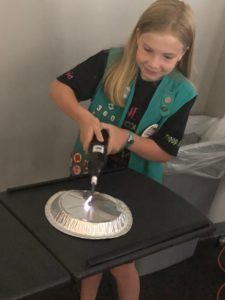 Victoria tries her hand at simulating data entering or leaving a computer with a handheld Tesla coil.[/caption]