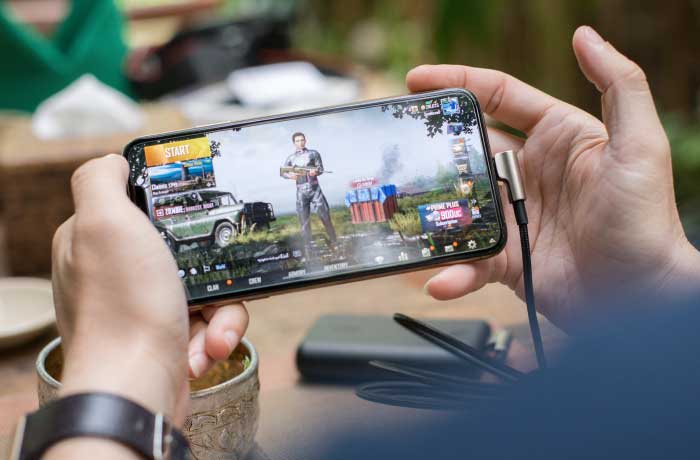 During the first months of COVID, a third of consumers tried gaming services for the first time. This, combined with an already-projected rise in gaming worldwide — from 2.7 billion to 3.2 billion players by 2023 — means massive growth for the gaming industry.

This is happening alongside disruptive mobile innovation: 5G brings the worldwide promise of greater connectivity and new videogame streaming services are poised to forever change how people access console-quality content. With it no longer being easy to predict when people play, leading to traffic spikes at unusual times, and demand increasing at speed, it’s no surprise to find gaming increasingly depends on the cloud.

From local play to infinite scalability

The cloud has long been important for gaming. It allows engines and analytics to function, and it helps players access dynamic content. But as gaming habits change, how games access the cloud changes too.

Once, games were purely local, but during the 2000s console and mobile games shifted toward a now commonplace always-connected approach for account sign-on, purchases, progress sync and dynamic gameworld interaction. The incoming generation of traditional consoles may be the last as gaming’s future shifts inexorably towards a “no specific hardware” model, preferring devices to act as terminals for streaming content.

For game creators, publishers and distributors alike, this means fundamental changes in how the cloud is used. Once, a traditional data center setup might have been enough. For today’s games and those on the way, the industry requires the infinite scalability and reliability enabled by hyperscale clouds and global CDNs.

Rising to the challenge of gaming in the cloud

A favorable outcome for this transition depends on the successful navigation of player demands, business requirements, technical factors and governance. The market is fickle, with a low attention span. 70% of game downloads occur within a game’s first eight weeks, forcing creators to monetize well, ensure content is sticky and reliable, and create personalized and tailored content that’s suitably cutting edge and unique to guarantee retention.

There’s a need to constantly iterate and innovate. Having tools is one thing; but having the operational agility within your business to constantly hit the market with new content, updates and material is key. And speed to market is vital, to continually stay ahead of the competition.

All this must be balanced with being technically adept about latency, sync, connectivity and data, along with understanding complex compliance and legal requirements. Added to that is a potentially steep and daunting learning curve when moving to a cloud vendor and suddenly finding yourself faced with hundreds of new tools. Fortunately, the cloud helps with many of these concerns — and partners can help with the rest.

Empowering game creation with the cloud

For players, the cloud brings the benefits of convenience, immediacy and game types that aren’t possible with local-only content. Streaming services increasingly allow smartphones to run titles that were once the preserve of powerful PCs and consoles. In the future, things will improve further. Faster/better connectivity will provide a “play anywhere and anytime” environment with no waiting and instant access. This should allow AAA games — those produced and distributed by major publishers — to capture a bigger mainstream market due to a reduction in barriers, much like handheld gaming escaped its niche status through smartphones.

The rewards are rich for game creators too. As devices become terminals, game complexity is no longer hamstrung by hardware; instead, agility, elasticity, scope and limitless scale are unlocked by the power of the cloud — and the tools cloud providers offer. Marouane Albairat, Google Cloud Partner Enablement Lead, Middle East & Africa, provided an example during a recent gaming webinar, “About Simplifying Complexity in Gaming DigiConnect Virtual Boardroom,” in which he emphasized the staggering rate of signups for a popular IP, Apex Legends, which reached one million players within just eight hours — and expanded to 50 million within a month. Google Cloud supported and sustained the scale and speed of growth.

Albairat was keen to point out how Google Cloud can also “provide building blocks to help developers optimize the player experience with data, machine learning and AI.” Agones, built on Kubernetes, containerizes game server workloads and “drives a wider and easier adoption of cloud-native paradigms that adds to the velocity of game development.”

BigQuery, a serverless enterprise data warehouse, “helps scientists focus on the data they work with,” dramatically speeds up analytical responses like leaderboards and has “out-of-the-box machine learning capabilities ideal for the game industry.” Creators can train machine learning models that simulate player testing, automating the process and therefore radically reducing the time it takes to test levels.

When heading to the cloud, though, you must also be keenly aware of security and data. As games increase in popularity, they become targets for those that would deploy ransomware or steal data. And the data itself can cause companies to fall foul of governance and compliance legislation.

You must understand what data you hold, the purposes you hold it for and that there are territories where regulators are insistent on having physical server and data infrastructure within highly specialized geo-locations.

Again, cloud providers are ready. The once-burdensome task of having to satisfy regulators is addressed by Google Cloud Anthos, AWS Outposts and Azure Stack. Whichever cloud partner you choose, you can cascade public cloud infrastructure into private cloud infrastructure you own, manage and deploy — anywhere in the world. You manage this infrastructure via your usual console, with the same tools you use on a day-to-day basis, satisfying the regulator, without hindering your technical operating model.

Enabling the future of gaming

Engagement and interest in gaming have increased and won’t go away. The entire industry — creation, deployment, consumption — has changed. With streaming game services from Google, Microsoft, Amazon and others, the future of gaming continues to shift further from its roots as unchanging media played in a single device connected to a television.

It’s an exciting journey — one that’s only just begun, but that will revolutionize the entire world of gaming yet again. And with the cloud at the heart of everything, you really do feel this time that the sky’s the limit.

Start here
×
You are using an outdated browser and are receiving a degraded experience. Please switch to the latest version of Microsoft Edge, Mozilla Firefox, Safari or Google Chrome. [Dismiss]