Companies invest millions in digital transformation, but are failing. They face big challenges, yet make the same mistakes again and again. From my perspective as a principal engineer, I’ve put together this list of the biggest reasons why, and explanations for how to fail — so you can instead blaze a trail toward success.

They face big challenges, yet make the same mistakes again and again.

Avoiding failure requires organizational change as well as technology changes. Companies spend millions hiring consultants to help them implement digital transformation, but efforts stall because organizational changes are never fully implemented afterwards. Often, it comes down to poor communication, or lack of buy-in from the top — so to fail spectacularly, do both of those things.

Solution: Get buy-in from the top of the company. Those at the executive level need to sponsor and promote the change, or it isn’t likely to get buy in through the whole organization.

How to fail #2: Remain stuck in the past

Legacy processes built for legacy infrastructure stick around and cause problems. I’ve seen many companies rigidly adhere to existing processes and never update them, even though technology is changing the ways we work every day. This can result in companies taking months or years to roll out updates or deploy new code. The world is working much faster than that.

Solution: Rather than assume change in technology is enough – which it’s not, ensure that you have modern, agile processes in place to fully leverage the new technology you’re adopting.  Technology change like this also requires changes in your people and your processes.

How to fail #3: Muddle replatforming plans

Replatforming touches every layer of a company. To fail, blindly pick a platform, perhaps going for the unproven bleeding edge, just because you can. Don’t worry about whether or not a platform is proven to help teams product quality work. Instead, choose the tech that arrived last week in a blaze of publicity and hype.

Solution: Rather than picking the top tech that’s trending, consider the options and what fits best for your goals, and how your company works. Don’t pick the new trendy name just because you read it on Twitter. Keep purpose in mind.

How to fail #4: Be really slow

Companies that fail are those that cannot develop, iterate and evolve at speed. In fact, the tech landscape changes faster than replatforming often takes. By the time a transition is completed, the underlying technology can need changing again, making it a big challenge to keep up. So instead of moving quickly, with a nimble corporate organizational structure, remain rooted if you want to fail. Rather than recognizing any platform is the right one ‘for now,’ and that transformation never ends, failure dictates that you define a target and vow to stick with it forever.

Solution: Avoid failure here by recognizing that digital transformation isn’t something that has a beginning and end — it’s constant. Adopting agile processes and teams will make it easier for you to constantly iterate, and let transformation turn into business as usual.

How to fail #5. Make compliance an excuse for everything

Large companies will argue that updates and deployment require board-level sign-off, because of compliance — so they fall behind on updates, or miss out on critical updates. Modern systems that need regular updates can then fall behind, even though compliance requires you keep everything up to date. This can result in an exciting, dizzying merry-go-round of failure, with a company freezing up for months in fear of updating, and then spending the rest of the year catching up, watching agile newcomers blaze past.

Solution: Updating your compliance policies should be part of your overall digital transformation practice. If you’re updating your technology, your people and your process, how you manage compliance needs to be part of that as well.

How to fail #6. Think only of the short term

Decisions made with a very heavy emphasis on cost tend to fail. Sometimes, you can increase the failure by bringing in decision makers who have established relationships with specific vendors, and thereby demand you move everything to a certain cloud. But for more spectacular failure, remember to think globally regarding short-termism — for example, you could fall hugely behind with upgrades due to not tolerating any downtime rather than more fully considering the impact on your company’s long-term prospects.

Solution: Instead of thinking only in short-term goals, thinking about the long-term impact of each decision. Think about where this will put your organization in a few years’ time. Will you be happy you made this decision or kicking yourself later? Your next step, while maybe a small step, should be in the direction of the top of the mountain you are trying to climb.

How to fail #7. Keep teams siloed

Rules segmented across different teams and companies create friction. Different teams that aren’t cohesive and that fail to communicate well will create a great many problems. Getting the right people in the right room together can help push an entire organization toward a mutual goal. To fail, ensure the company degrades back to its old structure as soon as possible, remove agile management, block cross-discipline individuals, and wreck the prospect of multiple teams working together with tighter communication.

Solution: Instead of a siloed workforce, consider creating teams of multidisciplinary pods with autonomy over what they’re working on. You may be surprised with how cross communication can change the way people work together.

How to fail #8. Think you’re alone

At a conference, I once spoke to an executive about digital transformation. He asked me whether any organization had ever successfully gone through a digital transformation, because he’d never seen any evidence of it — and his company was right in the middle of one. To fail big, always assume the worst like that executive did, and believe you’re utterly alone.

Solution: Most companies have problems and challenges in this space — and there are ways around them. When presented with the phrase ‘communicate or die,’ always choose to communicate.

You are not alone. Digital transformation is always going to be a big challenge — and one that never ends. But you can succeed — just flip all the ‘tips’ above on their head, and you’ll be well on your way.

Instead of "drive the change" maybe we should say "sponsor the change", or even stake their career on the change. Since there really needs to be one executive who is fully invested and "lives or dies" based on the outcome of the transformation.

What is the Key to Cloud Native Success? People and Process

Matt Barlow is a Principal Engineer at Rackspace, bringing deep expertise in DevOps, AWS, Kubernetes, and Cloud Foundry. In his role Matt has been recognized as a top technical contributor at Rackspace, and is trusted to solve the most complex problems within his expertise. Matt currently develops microservices using API Gateway and Lambda, and gave a talk on this subject at DevOpsDays in Austin, TX. 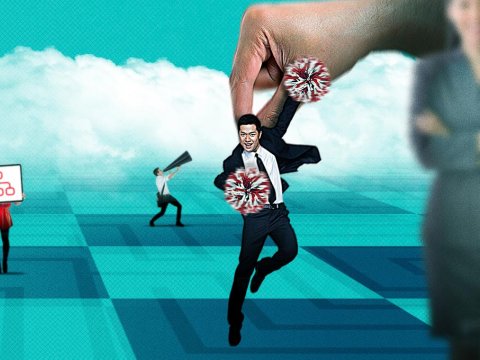 article
Is Your Culture Clashing with Your Transformation Strategy?
Read the article 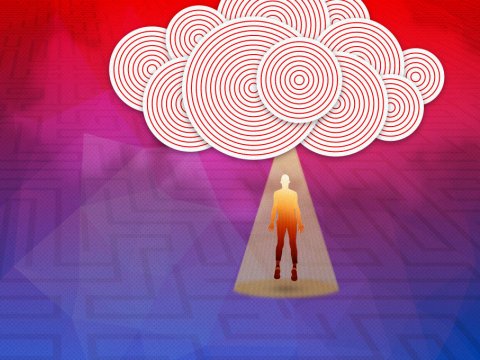