Learning to build - from medical devices to clouds 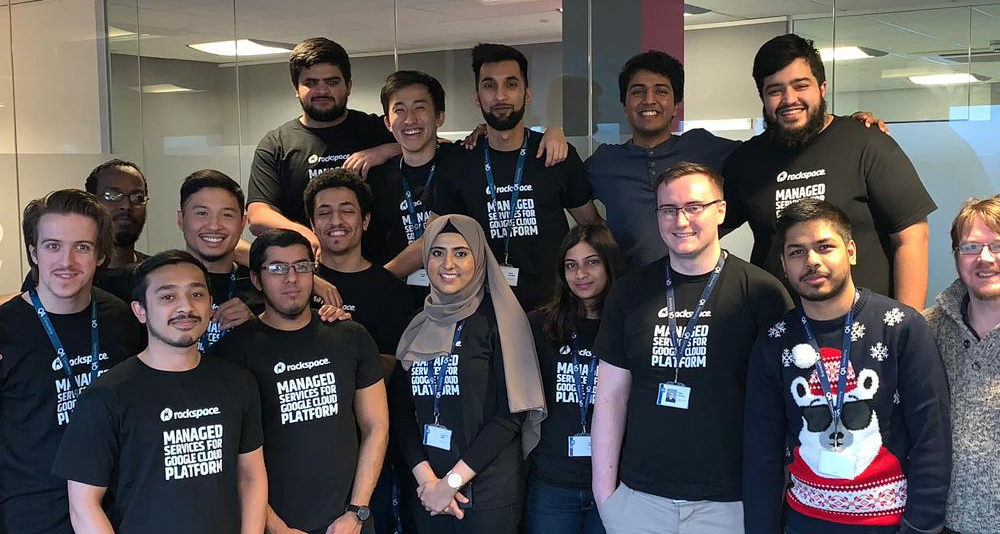 My passion is learning about cloud. But it nearly didn’t happen! I almost fell victim to the demons in my head who were talking me into rejecting an amazing opportunity. I was terrified about being one of the few women in tech but now that I have started I’m really enjoying being surrounded by fantastic supportive colleagues. My advice to anyone confused about their career is, focus on your interests. Fear of doing something new is inevitable but don't let that stop you.

At university, I studied Biomedical Engineering which focused on electronics, part of which looked at medical devices and tools like CT scans and MRI machines. After graduation, I looked for technically challenging opportunities which led to the Rackspace graduate scheme where I’m now training to be a Cloud Solutions Architect.

It’s been a challenging transition from knowing only the very basics about computers ie turning on NetFlix to learning all about cloud architecture. But when I see a challenge I see an opportunity to discover and develop new skills.

Training to succeed
Before we joined Rackspace we had three months of training at QA Consulting in Manchester where we were introduced to cloud computing concepts. It was a thoroughly enjoyable experience as I made friends with my fellow grads. Initially, I was wary of starting as I knew I would be the only female in my team but that apprehension quickly disappeared once I had begun. And I discovered there was another female grad, Trisha Fernandes.

We learned the fundamentals of networking using Docker, Kubernetes, Packer, Vagrant and Terraform. As we were joining the Google team, we were encouraged to use the Google Cloud Platform (GCP) wherever we could, and incorporate these tools by using the console and the command line to get used to it. I’m definitely a person who learns more by doing so this was really useful and also enjoyable.

As my Manchester experience ended, starting at Rackspace felt a little daunting but having the support from my fellow grads definitely put me at ease.

My first certification
Our goals required us to pass the Google Cloud Associate Engineer exam within the first three months of joining - I passed within two months. Miraculous!

Rackspace provided extensive support through teaching sessions covering products in GCP and exam tips. This was my very first IT related exam and it was definitely challenging as there wasn’t a structure I could follow since I had no prior experience of GCP. I used Linux Academy and Coursera for the theory which I then applied using qwiklabs.

Passing this exam increased my self belief. Moving into a role where I had very little prior knowledge was daunting but it made me work harder which has paid off.

I’m now studying for the Google Cloud Professional Architect exam. This exam requires experience in the world of solution architecture which I’m now getting. For future certifications, I'm interested in the AWS Associate Architect exam.

One thing I really do love about Rackspace is the huge amount of support for women in tech. It’s quite obvious that there's a lack of women in the tech industry even though many are interested. Anyone can pursue any career and this should be taught at a young age. People should be encouraged to focus on their interests rather than self-imposed gender limitations.

Women in Tech
My first ‘Women in Tech’ event was the Techmakers International Women’s Day event held at Google! It was heartwarming to see women supporting each other especially as we heard from women in leadership roles such as the CEO of Starling Bank and the Director of Engineering at Deliveroo. It really motivated me to continue working hard and focusing on what I want to achieve despite working in a male dominated field. Eventually we will just be people in tech.

I would say that I'm pleased that my path led me to this position. Even though I studied a degree that is completely different to the field I am in now, I see that as an advantage. I have extra knowledge and it opened up a new path which bought me here.

Build one SaaS platform to rule them all, with single- and multi-tenant SaaS deployments
July 15th, 2020