Is The Way Your Business Views IT Holding Back its Growth Ambitions? 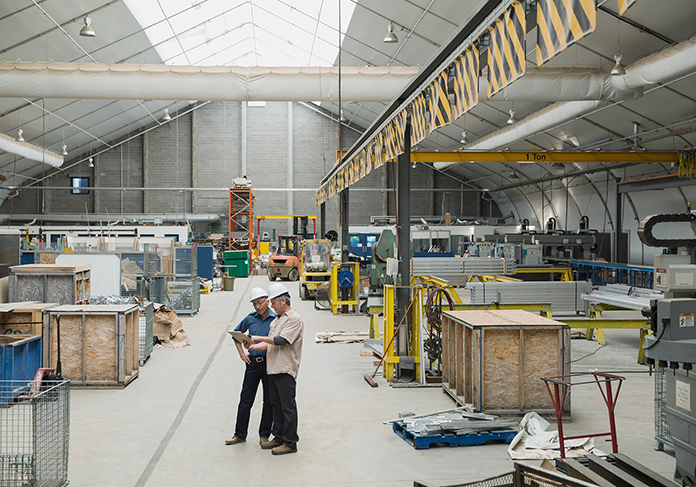 Agility and flexibility. Two words which are mentioned in almost every conversation I have with senior manufacturing executives.

Agility is the development of a physical or digital product with just enough features to satisfy early customers or prove a use-case, encompassing far lower costs, a shorter timeframe, and overall less risk.

An important aspect of minimum viable products, or MVPs, is their ability to quickly provide feedback, allowing improvements to be implemented, changes to be assessed, and allowing the development process to continue. Without which, the product in question eventually atrophies.

But, while implementing quick solutions may make sense at the time (problems always need to be addressed), if they are deployed and forgotten, they create an IT environment burdened by ageing facilities, hardware and software – and the associated legacy issues.

This represents a significant risk, one which only increases as time goes on and vendors stop supporting past iterations.

Despite the impracticalities of continually investing in and maintaining these legacy assets and the challenges associated with supporting decades old systems, this is the reality for far too many businesses.

It leads to an environment where 80% of IT resource is being used to maintain a legacy estate, rather than building value for the business.

It doesn’t have to be this way, but the time available to try a different approach is rapidly diminishing.

Intensifying global competition, ever-more demanding customers and the digitalisation of production systems demand that businesses develop agile, responsive organisational cultures. Companies should seek to develop cultures where employees – particularly IT teams – are empowered to drive positive change, where failure is used as a learning opportunity and disruption is seen as an opportunity rather than a threat.

To explore how businesses can create such a culture and overcome their technical debt, I sat down with Dave Hills, a client director at cloud infrastructure specialist Rackspace.

What is stopping IT teams from working on projects that drive value and sustainable business improvements?

Dave Hills: First, technical debt. A huge number of the businesses I talk to have battened down the hatches since the financial crash. They haven’t invested in their IT or infrastructure and as a result they’ve got creaking at the seams operating systems, many of which are now unsupported. That represents a huge security risk.

Second, a lack of technical awareness at the board level. More and more of the successful manufacturers have a Chief Productivity Officer or Chief Digital/Data Officer within the senior management team. These are technical people that bridge the gap between technology and the productivity of the organisation.

This is vital, it provides a direct connection between the board’s objectives and objectives the IT team can drive.

Third, projects being overseen by the wrong owner. If you ask your infrastructure team to replace all the infrastructure with something in the public cloud, for example, you’re asking them to disrupt themselves. In my experience, people are very comfortable with change, until it’s happening to them.

Embracing cloud typically requires a much smaller infrastructure team, and that dramatic cost-saving is one of the attractions. The danger is that this transition is disruptive and may cause worried employees to leave at the critical moment you need them to help in the transition.

That means you can’t execute the transformation and worse still, you can’t even keep the lights on with your existing systems. Sometimes, it’s just easier to avoid addressing the problem.

Yet, change is inevitable. The previous methods or approaches that may have enabled your business to survive or grow are becoming obsolete in today’s ultra-competitive marketplace, let alone tomorrow’s, and will likely inhibit growth within your business.

I would be as bold as to say anything to do with infrastructure that isn’t delivering something that adds value to the end-customer.

For example, if you manufacture automotive brake assemblies, operating a data centre in the most efficient and best possible way probably affects your costs but it isn’t going to differentiate you from the competition.

What will is having the latest innovation; cheaper and more efficient components from a highly integrated and collaborative value chain; and having a more engaged, empowered workforce absolutely.

One of the major challenges I see is that IT teams aren’t just focusing on non-value-add, context tasks, they are barely doing them. As we’ve discussed, most organisations have a serious technical debt that they’re struggling to get under control and dozens of applications that aren’t really needed but there isn’t the time to weed them out.

IT teams should be constantly pruning, optimising and getting rid of the dead wood of applications and infrastructure that isn’t required. This saves the business money, increases agility and allows new developments to be embraced quicker. The problem is, it requires resources which, frequently, companies simply don’t have.

It’s unlikely any business is going to increase the IT budget, unless they’re doing so through strong growth supported by the IT  department. But what some are asking for is a greater proportion of spend – and they aren’t getting it.

They must save to invest, so they can bring in new and lower operating costs, then invest in innovation and new capabilities to drive customer value. This will require a budget to change, but this needs to be seen as enabling productivity via lower operating costs (eventually at least).

The underlying challenge is that most organisations view IT as a department or business unit, when it needs to be seen as a capability that if leveraged more effectively can offer impactful and long-term competitive advantage.

What contributes to a successful cloud adoption?

Primarily, it’s saving a common strategy from the CEO and board of directors that flows down through the business. They understand their market and competition, they’ve got a clear and simple plan, and they know what technology can do for them.

They’ve got somebody at the board level who understands the short-term and long-term goals of the business and is marrying those with technology and translating that into objectives for the IT team.

This enables them to secure budget and senior buy-in, as well as the time and disruption necessary to sustain positive incremental change. The strategy can then be driven through with an awareness of exactly what is being done and how much is being bitten off at any given time.

So, how does Rackspace support a business’ transition to cloud?

Our customers see Rackspace as an extension of their IT team. Where they are struggling for resources in general or skilled cloud expertise specifically, Rackspace helps augment their resources with the high-level knowledge, skills and experience required.

We help establish an appropriate governance model identifying who needs to be involved, what are the specific outcomes and target operating models in cloud, and how and where to start to see results quickly.

We baseline the existing environment, determine the best cloud migration plan and remediate technical debt. This enables a transition where organisations can: exploit the innovations public cloud platforms offer, increase their productivity, set the foundation for future digitalisation initiatives, empower IT Teams to deliver business value by being a pervasive function not a department.

Rackspace helps businesses select the right applications and systems to move to which form of cloud. Quite often it comes down to building confidence, picking a couple of easy quick-wins so that the organisation can see that a project was successful and secure, and is now more cost-effective and better than it was before.

A lot of organisations want to be empowered to fail fast, fail forward. Can Rackspace help implement a positive, adaptive culture where it’s okay to ‘fail’?

Only yesterday, I was talking to a customer about a request for proposal (RFP) for cloud operations and I questioned why they were even conducting an RFP. They were treating it as if it was multi-million-pound project that required a single decision to be made now and, whether right or wrong, that decision would dictate how that business operated for the next five years.

We’re talking about cloud operations. You can start up a proof of value very quickly and easily, see if it works and if it doesn’t, switch it off. A proof of value is essentially a proof of concept that if successful can grow and become the foundation of a move to cloud.

You could do that for a matter of minutes, a week or a month, and once you’ve proved that it holds value, then sign up for longer term commitments.

Businesses need to get out of entrenched ways of thinking where technology costs a fortune and implementations are measured in months, if not years, and instead think about how to become more agile and just try something with a small, non- critical business system.

There’s a sandbox that’s ready to use out there, use it!

Click here to learn more about what Rackspace has to offer your manufacturing business, so you can enjoy the benefits of cloud.

Inside the Innovator’s Mind: A Conversation with Brad Tarno
December 18th, 2020