In the toolbox for continuous innovation, consider the power of listening 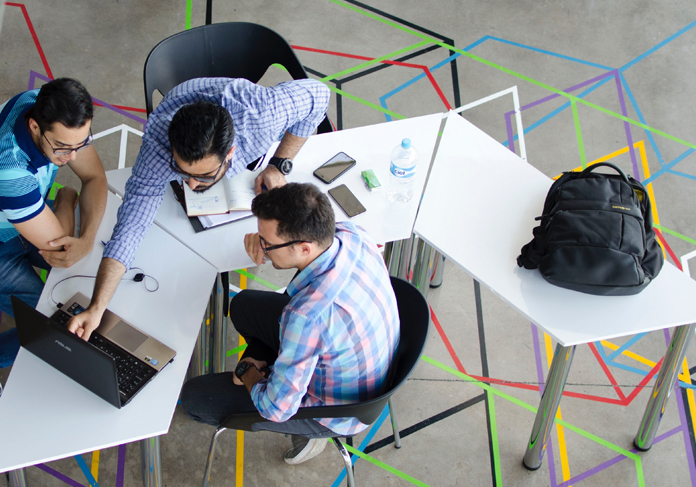 Why does continuous innovation succeed, and why does it fail? Everyone wants to enjoy the benefits of increasingly rapid technological advancements, but innovation that keeps going is only successful when the company CEO takes technology seriously - and I mean taking tech every bit as seriously as you might do finance.

I recently had the pleasure of sitting down with 12 CIOs for a meal in the elegant surroundings of Duck & Waffle in the City of London. Organised by CIO.co.uk and sponsored by IDG, the headline of the gathering was equally refined: “How CIOs build a culture for continuous tech improvement and innovation.” But as the evening wore on and the wine flowed, some refreshingly straight talk emerged as the leaders around the table shared their experiences. Under the Chatham House Rule of not naming the guilty, here are five key questions from that night that shed light on key issues that concern CIOs today.

What’s holding CEOs back from really embracing the technology that underpins opportunities?

A company may spend £100,000 on a new and complex set of financial instruments that could propel them forward, but usually the leadership won't dedicate the same resources on technology. This was the overarching conclusion from that night - but what can the CIO do to help the CEO become more engaged with technology? I think this is in part a question of leadership training: if a CEO is not confident in something they typically won't focus their time or energy there.

The CIO has a part to play in bringing tech to the centre of the operation, rather than keeping it to one side as has traditionally been the case. I found it really interesting to hear how some CIOs found that having the ear of the C-suite often came down to first demonstrating that they were very familiar with the business model, and then, that they could clearly articulate the value that tech brought to the overall operation. When the CIO, the CEO and the COO can all get together and have a conversation you're far more likely to get all-round engagement on tech.

How does a CIO get their teams “set to send” rather than “set to receive”?

On the topic of how to develop new ideas that encompass business innovation, some of the people around the table immediately started talking about lifting their teams up from being reactive to becoming proactive. This is a question of changing mindsets: historically IT teams may wait to receive requests and then deliver them. To turn them into “senders” requires them to understand more about the business as a whole, so they can start to understand the overall business case and not just a set of requirements.

This is a matter of building confidence within the IT team, but I don’t think just anyone can take on a role like this - you need to hire great tech talent who wants to be proactive in the first place. For the CIO this can represent a great challenge, as you might need to reshape your team in order to encourage new behaviours and break away from old, entrenched ways of thinking.

Continuous improvement is about improving existing things. Continuous innovation is about the ability to consume new things in a way that has a bigger impact, and one that happens quickly and repeatedly.

The way I see it, continuous improvement is just what any business should be doing as a matter of course and this has usually been siloed into stacks, processes, or toolsets. Yet continuous innovation is about changing the business in a deeper, more holistic way. Involving more parts of the business requires a more thoughtful approach, but ultimately the result will be far more impactful to the company.

How do you get your business to value the mechanics of innovation?

There are a significant number of organisations still struggling to get through the next project or the next transformation, as their underlying mechanics aren't set up to keep up in this new cloud-enabled age. There was a real mix in the room when it came to this topic: for some, change remains slow as the business focuses on the individual projects rather than the core issue of how they deliver things. Those who’re doing this well managed to succeed only once the new attitude became embedded in their culture. The process to get there may have been painful, but getting this established as a cultural mindset had been critical for the most successful people in the room.

What if we rewarded listening as much as ideation?

Here’s a wild idea: what if listening was valued as highly as talking? At the roundtable there was one chap whose job was solely to innovate and be disruptive within a large organisation. He sat there fairly quiet the first hour or two, but then he started to speak around the end of the main course, and he held the room for fifteen minutes.

Discussions around innovation often centre on how we can surface the best ideas, but this chap said that lack of ideas isn’t always the problem - sometimes you need to make sure that people are actually listening to what’s being said. So how do you incentivise the production of ideas? You make it as valuable for someone to receive and digest and value an idea as you do for someone to create it.

When I heard that I wrote it down in my notebook, filled up my glass, and sat back for a moment. It’s such a fascinating, yet simple idea. We talk a lot about incentivisation and behaviour management, but in order to create an idea that translates into action you need not just someone to speak, but also people who listen.

As I left the Duck & Waffle that night I kept thinking about the power of listening. I’ll be taking this and the other insight with me as Rackspace continues working with trusted partners to help companies succeed with continuous innovation. I'm going to keep talking to CIOs about what they're doing in this space, but just as importantly, I’m also going to be doing some focused listening.

Learn more about how Rackspace is supporting customers with continuous innovation.