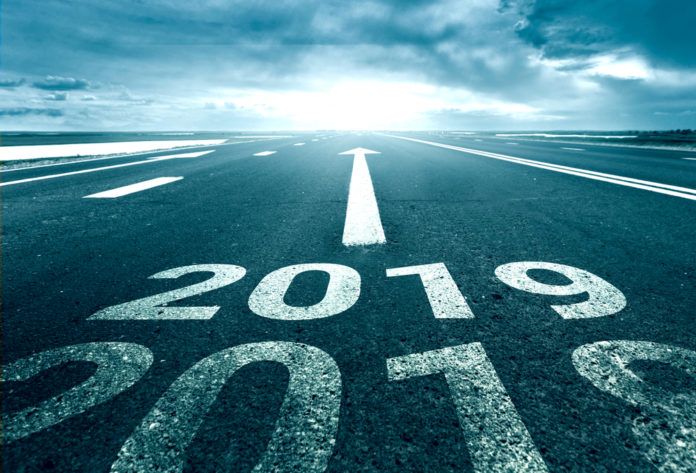 Now we've said goodbye to 2018, it’s a natural time to take stock of where we are and look ahead to what’s on the horizon for modern infrastructure, aka public and private “cloud” in 2019.

By the end of 2018, we saw a truly mature industry: according to analysts, it is several hundred billion dollars in size and continues its fast growth — and has become the platform for the vast majority of innovation.

I’ve spent more than 25 years in the IT infrastructure space, helping lead major disruptions in security, open source, virtualization and cloud. When I look toward 2019, I see four major trends developing — plus one industry prediction that may ruffle some feathers, but after a quarter century in the business, I call them like I see them.

Since the dawn of cloud computing, vendors have promised “hybrid” cloud: the seamless blending of private and public cloud. 2019 will be the year reality finally catches up with the hype. Major milestones, such as the delivery of VMware on AWS, AWS Outpost and modern private cloud delivered-as-a-service on- and off- customer premises, combined with container technologies, will finally enable companies to develop, operate and manage applications consistently across both cloud types.

Enterprises should expect important benefits, including the ability to choose the optimal mix of performance, cost, reliability and security for each and every application. But beware of the long-term, financial costs of vendor lock-in.

Portability between clouds becomes a top priority for smart CIOs

Moving to private and public clouds typically saves 20 to 40 percent on infrastructure costs, but this is a one-time benefit. CIOs are becoming more cognizant that if their applications are locked into one cloud vendor, they will be at the mercy of that vendor when their current pricing contracts expire, driving cost increases of as much as 30 percent. Forward thinking CIOs recognize that to gain the upper hand in pricing negotiations, they need to demonstrate to their vendors that they have low switching costs.

The result will be greater freedom and leverage, putting customers in control of their destiny, rather than cloud vendors.

As organizations increasingly view their ability to analyze and act on the vast amounts of data they collect as a key competitive advantage, they’re beginning to view their dataset of record as a strategic corporate asset — meaning they’ll naturally seek to increase the control they have over this gem. This creates conflict with many cloud providers, which seek to attract customers’ data, then make it difficult or expensive for customers to repatriate that data (whether to the customer’s data centers or to another cloud).

Organizations will seek new ways to protect their data, while ensuring they can copy subsets to different clouds for specific analytics tasks. And they will take a hard look at storage costs, security vulnerabilities and compliance risks, seeking to avoid punitive ingress and egress fees.

As internet of things and edge computing continue their rise, data control will become an issue more and more visible in the boardroom.

Edge computing will continue its ascension to become integral to mainstream infrastructure and applications, scaling primarily by the drive to transform traditional industries such as transportation, healthcare, utilities and agriculture. A key enabler will be the emerging availability of 5G wireless gigabit speed and low latency.

Companies and consumers alike will continue to ignore fundamental security and privacy concerns, as they choose convenience over safety. The march will continue to connect and remotely control everything – from buses and cars to medical devices — without a comprehensive set of policies and technologies to secure these devices, infrastructure and data.

In a move showing just how desperate it is to boost its sagging cloud business, IBM agreed to pay a whopping $34 billion for Red Hat, which provides open source software to the enterprise. IBM isn’t gaining any technology through this acquisition; it already has access to any open source technology Red Hat develops. It isn’t gaining revenue or profit at a level material to IBM, and the free cash flow it gains may barely cover the cost of the debt IBM issues to pay for the transaction.

The only sane rationale for this acquisition is that Red Hat can somehow transform IBM’s culture, evolving the company from dinosaur to modern cloud player. Perhaps it’s copying Microsoft’s playbook, and plans to put Red Hat CEO Jim Whitehurst in charge as IBM’s version of Satya Nadella. As uniquely talented a leader as Whitehurst is, this is a tall order for any mortal, and one the odds don’t favor. Or perhaps they intend to split the company into a smaller, more nimble cloud business led by Whitehurst, while carving off the cash flow generating legacy businesses.

That would increase the odds of success, but any way you look at it, this is a Hail Mary pass for IBM.