Highlights from the AWS re:Invent Keynote with Peter DeSantis 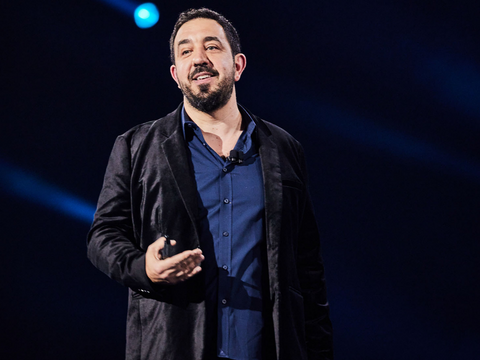 Returning to its traditional timeslot this year, Monday Night Live with Peter DeSantis, Senior Vice President of AWS Utility Computing, offered attendees a look into how AWS services are designed and how, sometimes, solving one problem can lead to breakthroughs in other areas.

During his keynote, DeSantis focused on the balance of performance, costs and security when designing solutions and services. For the time-pressed reader, here’s the gist: For AWS, when faced with the trade-offs between performance, costs and security, DeSantis says, “Don’t compromise.” Easy enough, right? Have your cake and eat it, too. At least, that’s what AWS strives to do.

Let’s look at some of the announcements from Monday Night Live and see how they might impact your AWS environment. First, the new launches and pre-announcements:

Let’s start with the new generation of EC2 instance types, which deliver performance improvements along with greater resource efficiencies — typically at the same or lower price point as compared to previous generations of EC2 instance types. These innovations are made possible primarily by continued investment in the AWS Nitro System, now in its fifth generation, which allows AWS to redefine the boundaries of performance. In addition, AWS has released its third generation  ARM64 processors, Graviton3, and a new high-performance computing-specific variant, Graviton3e.

What does this mean for you? Well, the new EC2 instance types (C7gn, HPC7g), if compatible with your workloads, will offer up to a 60% performance improvement over similar x86 options, or a 25% improvement over the previous Graviton processor. Keep in mind these improvements leverage the ARM64 architecture, which may require some changes to your software packages in order to be accessible. If you’re using Intel or AMD x86 EC2 instances today, and are interested in evaluating whether AWS Graviton processors are right for your environment, Onica by Rackspace Technology™ can help you develop and execute a strategy to migrate and modernize your applications to realize the performance, cost and sustainability benefits of the Graviton platform.

AWS moved further into its networking stack with the announcement it will bring the efficiencies of SRD to its general-purpose ENA by offering an option to enable ENA Express. ENA Express is said to be transparent to the guest virtual machine – read “no refactoring” – and provides up to a 44% reduction in p99 tail latency as well as a 5x throughput increase. This sounds exciting, but for now, ENA Express is only supported on the C6gn.16xl instance type. While this is limiting, it is likely that AWS will continue to introduce new compatible instance types in the months ahead. Stay tuned.

Not to be left out, AWS Lambda also announced new cold start performance optimizations in AWS Lambda SnapStart. At launch, Lambda SnapStart is available for new or existing Java-based Lambda functions running on Amazon Corretto 11. Often a topic for discussion, Lambda cold start latency is an important design consideration when evaluating an event-driven, serverless architecture primarily because, as DeSantis said, “Just as things get busy, Lambda slows down.”

Based on the micro-virtual machine hypervisor Firecracker, Lambda SnapStart takes advantage of profiling capabilities to deliver smaller snapshots, which enables AWS to increase density of its underlying runtimes without sacrificing isolation boundaries or cost. Keep in mind that Lambda SnapStart may require some code refactoring in order to safely adopt the new snapshotting capability. Refactors such as cryptographic seed generation, database connections and secrets handling should be considered when enabling this new feature. Overall, the reward for refactoring is up to 90% reduction in cold start latency. If you’re not running the Amazon Corretto 11 managed runtime, there’s no need to fret. We’ll likely see AWS extend support for Lambda SnapStart to additional runtimes, eventually.

DeSantis, in closing, revisited AWS’ refusal to compromise. AWS teams, he says, believe that work on performance is never done, and that the focus remains delivering the best performance at the lowest cost, without sacrificing security.

That wraps up day one at AWS re:Invent 2022, and Monday Night Live with Peter DeSantis. If you’d like to learn more about these announcements and how your environment might benefit from the performance, cost, and sustainability optimization, Onica by Rackspace Technology can help.