We're an American Company — and a Global One 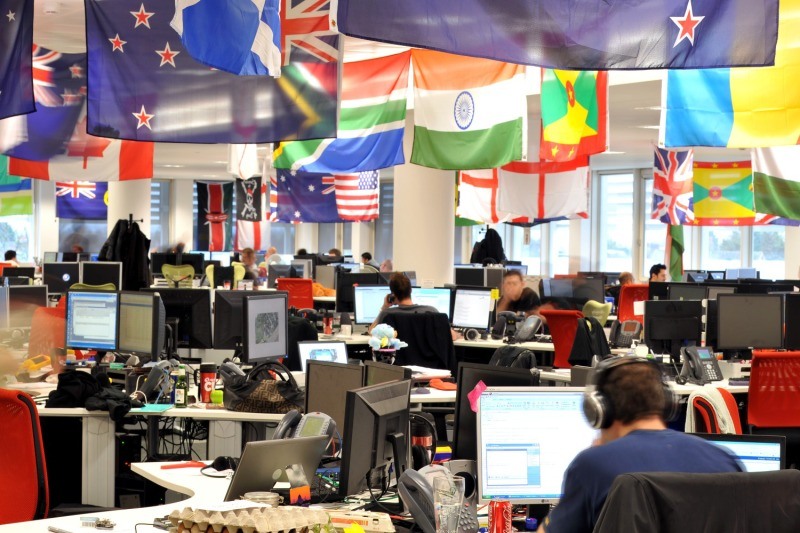 We at Rackspace are proud to be based in San Antonio and in Texas and in the United States. We are also proud to be a global company, with 6,100 employees on four continents. And we are very concerned about any restrictions that make it more difficult for our employees to travel.

President Trump's executive order restricting travel to the U.S. by the nationals of seven Muslim-majority countries has created considerable confusion and fear in the U.S. and around the world, including among Rackspace employees. Many have expressed concern not only about the ban itself but also about the manner of its implementation.

At our headquarters, as in our international offices, we employ talented engineers and other specialists from scores of countries, including some of the seven countries the President targeted in his restrictions on travel to the U.S. Our employees represent all of the world's major religions and speak dozens of languages. We prize our diversity, which enables us to serve customers in more than 140 countries, with very different cultures.

The specifics of the travel ban are evolving rapidly. Some of the President's aides have indicated that other countries could be added to the list of those from which travel is banned or restricted. Multiple lawsuits have challenged the executive order. Several federal judges have stayed deportations of travelers from the seven countries who were detained at U.S. airports. News reports say that some travelers who are supposed to be exempt from the travel ban are nonetheless being detained in some locations.

In short, we are still in the early stages of a complex and rapidly unfolding situation that is charged with emotion. In these times, level heads are needed to ensure we don’t panic or act in a shortsighted way, but rather allow our values to guide us in how we respond and behave. We will do just that.

Rackers in our legal and HR departments, along with outside experts in immigration law that we have retained, are working to learn which of our Rackers might be affected by the travel ban, and how they should deal with it. For now, our team's advice is that Rackers who hold a passport from one of the countries targeted by the travel ban — Iran, Iraq, Libya, Somalia, Sudan, Syria, and Yemen — should postpone any travel plans to or from the U.S. This applies to Rackers who hold dual passports from one of the targeted countries and from another country: say, one of the member countries of the European Union.

We've asked that any Rackers who think they might be affected, either now or if the list of target countries is expanded, should contact our legal team. If Rackers are worried about relatives and friends who are subject to the travel ban, they can get information from our legal team about free advice available from resources our outside legal advisers have organized.

Rackers who are "legal permanent residents" of the U.S. — i.e., those with green cards — are not supposed to be subject to the travel ban unless they are considered a threat to public safety. As a practical matter, however, all travelers, including U.S. citizens and legal permanent residents, are experiencing increased scrutiny when they seek to enter the U.S. — especially if they are dual nationals of one of the targeted countries, or have recently traveled to one of those countries. Rackers who are green card holders and who plan to travel outside of the U.S. have been advised to consult our legal department before they travel.

Beyond the legal practicalities, we at Rackspace are emphasizing one of our core values: We treat each other as friends and family. We value one another for our differences, because together we are smarter, more capable, and more competitive. We embrace the diversity of our workforce in the U.S. and in each of our international offices, both for its business value and because it gives us a richer, more interesting workplace and culture. It's a key part of who we are — and that's not going to change. We're not going to let fear divide us. We're confident that our long-established values will guide us to the right outcomes — at Rackspace and in our nation as a whole.